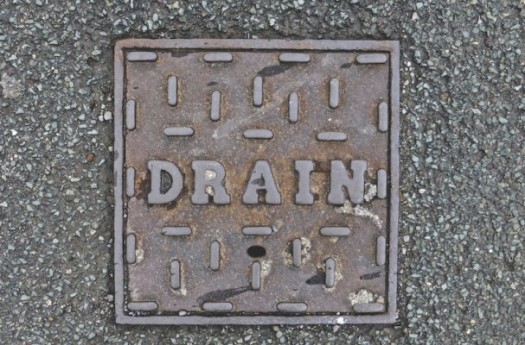 “To be an engineer and nothing but an engineer means to be potentially everything and actually nothing.”

It’s a truism to remark how much our world is becoming increasingly technological, exponentially complex. The pace of change is evident in our everyday experience. From the grand feats of transcontinental flight to the mundane tasks of flushing the toilet to the seemingly miraculous joy of accessing the world’s knowledge through the smartphone in your pocket, we are at once passive and active participants in a landscape that has become progressively mechanised, digitised, and automated.

Behind the scenes, this technical infrastructure is being planned, designed, constructed, and maintained largely by one type of person: the engineer. Whether we realise it or not, it is the humble engineer who now forms the clay which moulds not only our external environment, but also our mind’s interior realm. As we enter the geological era known as the Anthropocene, the engineer has also become, perhaps unwittingly, an ecological force on a planetary scale.

There’s just one problem: at almost no point in their education, training, or practice are engineers given the proper intellectual tools with which to reflect, in any meaningful way, on themselves, each other, or their world-transforming enterprise. Engineers, and the general public, rarely stop to ask: “Should we do this, simply because we can? Is this actually good for the betterment of humanity or for the planet?”

Questions about value, virtue, beauty, and justice cannot be factored into any of the engineer’s equations and so are easily dismissed. Yet, for anyone with eyes to see, the connections between engineering and the good life are obvious.

Like other engineering students in Canada who are close to graduating from university, I participated in a ceremony called The Ritual of the Calling of the Engineer, a peculiar and somewhat secretive tradition (developed by the British writer Rudyard Kipling, no less) which culminates with each student receiving an iron ring.

Legend has it that each ring is made from the iron of a bridge that collapsed (twice) into Quebec’s St. Lawrence River in the early 20th century. The disasters were blamed on a combination of negligence, structural deficiencies, and faulty calculations. In all, almost 90 people were killed.

The ring is therefore meant to be worn as a reminder of our professional commitment to public safety and to maintaining the highest standards of ethics. It’s worn on the little finger of the dominant hand so that each time the engineer puts pen to paper it creates a noticeable, if dulled, clang! The frequent reminders are meant to be both tactile and intellectual, like the Stoics’ unification of the technē (the practice of an art or craft) with the epistēmē (the theory of knowledge).

Engineers may indeed be standing on the shoulders of giants, but we’re never encouraged to spend too much time looking down at those we stand on, or stopping to consider our place. We’re encouraged to look up, innovate, and never look back.
Innovation is something that the practice of engineering particularly prides itself on, but few in the profession ever question the pursuit itself; still fewer question our culture’s techno-optimistic assumptions about progress. Instead, institutions and corporations resort to trite clichés about the many blessings that the pursuit of technological innovation bestows upon us: greater efficiency, material progress, economic growth, and so on. The act of innovating becomes the end goal, rather than a means to some other, nobler end.

In The Republic, Plato proposed that the ideal city-state could not be realised without being ruled by wisdom-loving philosopher kings. “Until philosophers rule as kings or those who are now called kings and leading men genuinely and adequately philosophise,” Plato warned, “…there can be no happiness, either public or private, in any other city.”

Devoid of the cognitive toolkit necessary to inquire about the social, moral, and environmental impact of their work, engineers have the capacity to create artefacts and systems that can negatively impinge upon those around them, often with unintended consequences, like a kind of technological secondhand smoke.

An understanding of human values and moral decision-making will soon mean big business in the tech industry. Many of the classical thought experiments once confined to the classrooms of Philosophy 101 may soon become part of everyday reality for the tech workers in the open-plan offices and labs of Silicon Valley. Moral philosophy may even become a key industry sector.

Take, for example, self-driving cars and the issue of safety with automatic collision detection. It is engineers who have been handed the task of having to solve multiple real-world solutions to the ‘trolley problem’ and code it into its software.

Or virtual reality (VR). Although in its infancy, it is already changing many of our assumptions about personal identity and what constitutes the Self. According to philosopher and cognitive scientist David Chalmers, VR is reframing some of philosophy’s most enduring questions about epistemology and the nature of reality.

Then there’s the tricky possibility (inevitability?) of one day inventing an artificial general intelligence (AGI) – a machine or system that can perform intellectual tasks better than any human can. This would require solving some very old problems in moral philosophy. Once again, it is engineers who are being relied on to program concepts such as goodness, benevolence, and morality into the AGI. And if you believe, as some experts do, that the invention of an AGI poses a unique existential risk, then even our solar system’s very existence may well depend on engineers converging on the correct answer; furthermore, we may only be afforded one chance to accomplish it.

“I wish it would dawn on engineers,” wrote the Spanish philosopher José Ortega y Gasset, “that, in order to be an engineer, it is not enough to be an engineer.” I, too, hope that my fellow engineers will take it upon themselves to start thinking clearly about what it means to be human. To the questions like “Is it more efficient?” and “How much does it cost?”, we must also ask: “Is it good? Does it contribute to well-being? For whom? By what standard?”

To critically reflect on the meaning of life and the future of civilisation in this way is perhaps a new form of humanism. And, as is appropriate to our progressively engineered world, it is an approach in which engineers could – no, must – lead the way.
Pen and paper are rarely used by engineers today, so the iron ring no longer serves the same purpose that it once did. There’s no noticeable clang! when one works on a desktop, tablet, or smartphone. Gone are the frequent reminders of our obligation to ethics.

Who knows – maybe in the end, despite all our best efforts, technology itself will find a way to obstruct any attempt of ours to instil more humanism into engineering.