It’s good to see that urban planners in the Emirates and wider Middle East are starting to embrace an approach to urban sustainability that is appropriate to the local context. (“Urban nature doesn’t have to be green, Abu Dhabi summit hears”, The National)

Ecologically-speaking, there’s nothing inherently “bad” about deserts or arid environments. Although they have lower levels of biodiversity compared to a rainforest, they’re still as natural and resilient an ecosystem – and just as worthy of appreciation.

While trees do provide obvious environmental and health benefits, not all cities need to have a lush forest in order to be “green”. There are many other ways of bringing the benefits of natural systems into our buildings and cities, and that includes in arid environments. There is no one-size-fits-all approach to urban sustainability.

Re Saudi, Canadian Meeting Draws Criticism (Nov. 3): It’s no secret that Saudi Arabia is a pariah state. It practices institutional apartheid (against women and non-Muslims). It violently suppresses not only free speech but also free thought; in 2014, it brought in laws that equate “atheist thought” with terrorism, which is punishable by death.

For Canadian officials to have met with a Saudi state-backed “human rights” commission on Parliament Hill, and to have flown the Saudi flag, is an affront to liberal values.

Note: This appeared as a letter to the editor in The Globe & Mail.

It’s been widely reported in journals such as Nature, and elsewhere, that “most cities might be too hot to host the summer Olympic Games after 2085 because of climate change”. Only 25 cities in western Europe – and just eight in the rest of the Northern Hemisphere – are deemed “suitable” to host the 2088 Games. 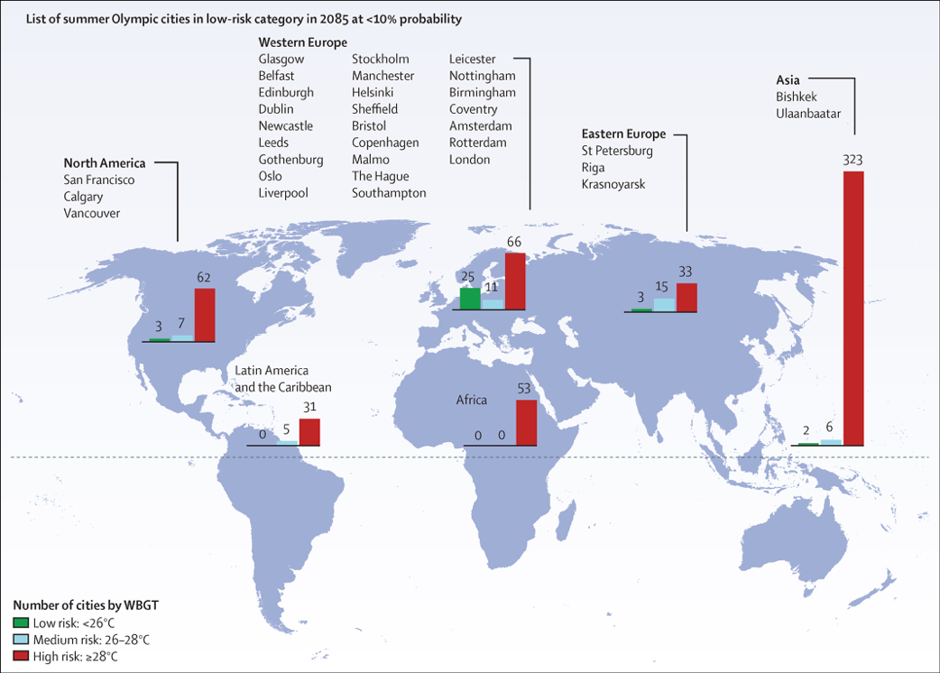 The detailed study, which integrates climate modelling with biometeorological factors affecting human comfort, is most impressive; however, it overlooks the political and financial dimension to the host city selection process: Host cities are rarely ever selected for their climate suitability. END_OF_DOCUMENT_TOKEN_TO_BE_REPLACED

Re “How Politics has poisoned Islam” (Opinion, Feb. 4): Blaming “politics” for the conflicts we see around the Middle East and beyond is far too vague, simplistic and insufficient. It fails to explain the true nature of jihadist violence. Its root cause is an ideology that is steeped in theology, knows no borders, and extends across the entire socioeconomic spectrum.

Beliefs matter. When jihadists and their supporters tell us that they are compelled to act based on their beliefs about the metaphysics of Paradise, martyrdom, apostasy, blasphemy and honor we should take them at their word.

Countering jihadist violence requires intellectual honesty. Secular and moderate Muslims need to reform the faith by first being honest about the very doctrines that are in need of reform. They need to stand up for liberal and pluralistic values, not by obfuscating Islamist ideology, but by publicly acknowledging the central role that it plays in the worldview of the jihadists and their supporters. Furthermore, my fellow secular liberals must not conflate criticism of specific ideas with bigotry against people.

Note: This was published as a letter to the editor in The New York Times.

Re “Brand ISIS” by Naheed Mustafa:

Naheed Mustafa is correct in that the Islamic State has created a slick social-media propaganda machine that appeals to a certain type of religious fundamentalist. But she’s put the cart before the horse: ideology isn’t the result of the propaganda; it’s the cause of it.

To win the war of ideas, a compelling counter-narrative must focus not on ISIS itself, but rather on its root cause—Islamist ideology.

Note: This appeared as a letter to the editor in The Walrus.

Re: Islamic State Is A Far Larger Problem For The Muslim World

We’re told young men are joining Islamic State because it provides “jobs, additional stipends and sometimes cars” and that Arab nations must offer “greater economic opportunities”. These thugs aren’t beheading people because of the allure of a pickup truck. Men from the West aren’t joining because of a career opportunity. Beliefs actually matter.

It’s not hard to see how their behaviour is the direct result of their beliefs about the contents of a particular religious book.

Note: This appeared as a letter to the editor in The Globe & Mail.

The resumption of dialogue between Iranian and US officials regarding Iran’s nuclear policy has been encouraging. It’s true that we may never know the true intentions of Iranian President Hassan Rouhani; but, as Campbell Clark correctly observed his Globe & Mail editorial, “the West doesn’t need to trust him, they just need to see if he’ll strike a deal.”

I’m reminded of the expression “Make Peace, Not Love”, coined by Israeli writer Amos Oz. As the expression suggests, the opposite of war is peace, not love (hence the obvious play on words of the 1960s slogan “Make Love, Not War”). In other words, focus should be placed not on virtues like brotherhood, compassion, and forgiveness, but rather on more important virtues such as justice, common sense, and imagination. It’s a start.